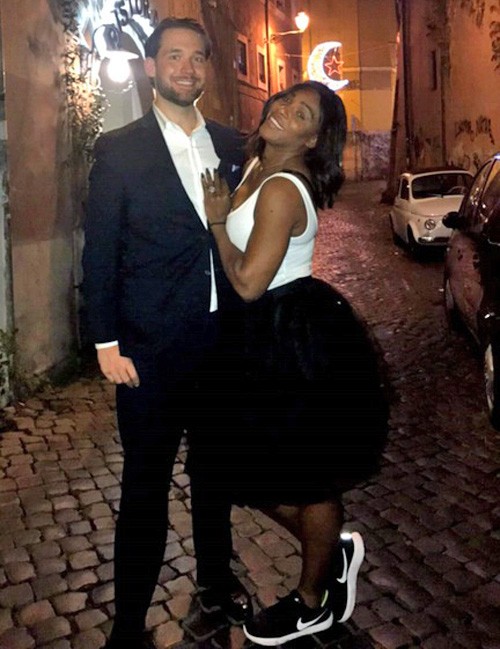 That rock is insane! Serena Williams announced her Reddit co-founder boyfriend Alexis Ohanian popped the question last week, and in a new post on his platform, the tennis legend showed shows off her massive engagement ring!

"Engagement shoe game," she captioned the photo, which shows her wearing sneakers and a white tank as she cuddles her man on the streets in Rome. The Wimbledon champ broke the happy news last Thursday with a poem. "I came home. A little late.

Someone had a bag packed for me. And a carriage waited. Destination: Rome," she wrote. "To escort me to my very own ‘charming.’ Back to where our stars first collided. And now it was full circle. At the same table we first met by chance. But by choice. Down on knee. He said 4 words. And I said yes," she added.

The couple met and began dating in October 2015 but have been super private about their relationship, so this came as a surprise to many.