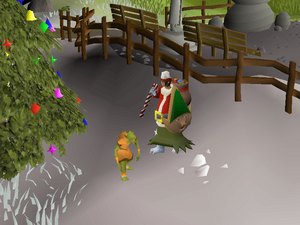 Large groups, largely a clan, or a group of buddies. Will join with cooks and stuff, and basically make there group grow until they can actually make a dent in the society OSRS Power Leveling, which will be starting form scratch in these worlds (by scratch I mean like individuals being royalty, or the economy on these isolated worlds rising based on participant influence).

Campfires could be created almost everywhere a fire is burningoff, because that most likely means that there is a group with all jobs in it. If someone had been dying, they could go looking for a campfire. Hmmmm... kill the members of this campfire, or exchange and barter for food? This would be your choice (weather changing is something to not suggest but just in case).

At nightime(maybe), or whenever people think that it's necessary, camps would spring up round the cook, the firemaker, the woodcutter, and a few warriors/mages/rangers/all. Obviously they would nevertheless must be wary of battle, even thier own campmates might not be trusted. It would be forbidden to enter a POH, therefore innovative woodcutters could make log seats, crafters could make tents and such, and thats basically how camping would go, while still staying PvP.

PLayer influence on the world and market. This whole idea sounds quite complicated, but I am going to come right out with it. The amount of players in the world impacts the amount of different tactics to have supplies, and there'll always be the pkers. Among the fact that this would be a survival world, I would like to execute something many before have said.

Have bonuses for associates camping and skilling in dangerous locations. For instance, the crafters making tents, which would heal players who use it Buy Old School RuneScape Gold, could get a crafting bonus for producing something similar to this at a dangerous world.