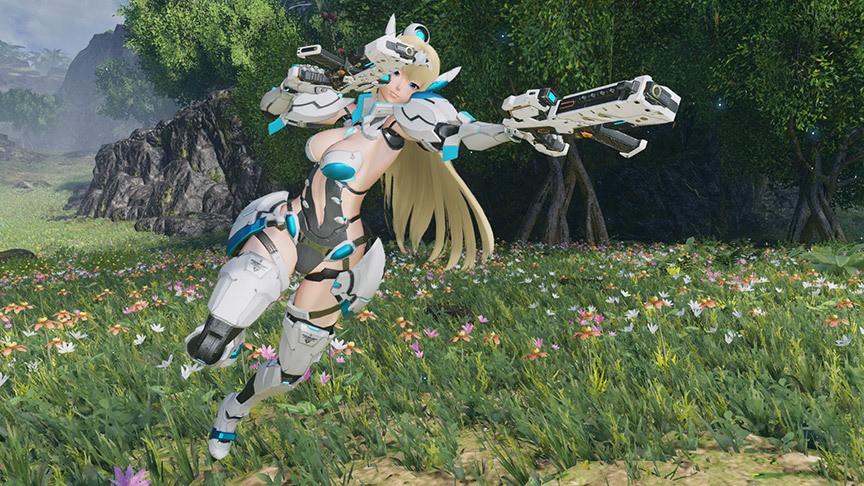 Combat Is Quite like PSO2's current combat system, down to the firearms, Photon Arts and Photon Blasts. It's just quicker, more mobile and smoother PSO2 NGS Meseta. There are no longer Perfect Attacks; instead, it is more like contemporary action games with combos and counterattacks. Dodging and obstructing is more fluid for many classes also. Certain classes may see a difference in play. There is no longer attacking in the atmosphere indefinitely, therefore expect to be on the ground more dodging and countering.

Attacks and PAs are set up the exact same way they are now with certain buttons performing specific attacks or the 1-2-3 system. As far as PB's go, since Mag's won't be a part of gameplay anymore, they behave more like Sophisticated Photon Arts, which have been released in Japan's PSO2 with Episode 6. As opposed to summoning a monster, PB's will rather be a huge attack coping serious damage that should be recharged through combat.

Of the three courses they showed, Force had some of the greatest changes. They finally have a block much like Hunters in addition to their dodge, and it can be a much-needed addition since they may be delicate and slowed down by Technique charging. Techniques have also gotten better in that they no longer must get charged to use. They finally have an uncharged strike that, although not as strong as the charged version, still does some fantastic damage.

Another fantastic change is that healing items may be employed on the fly. No more getting stuck at a drink cartoon hoping to cure only to be promptly smacked and lose all of it without a thing you can do about it. Healing will occur instantaneously in NG while you do more important things, such as dodging buy Phantasy Star Online 2 Meseta. Overall, the battle is receiving a much-needed upgrade while still feeling perfectly comfortable.

RuneScape open the chest to locate a bronze sword and wood sheild How can I handle children that's constantly waste money on equipment like 2K?
Comments