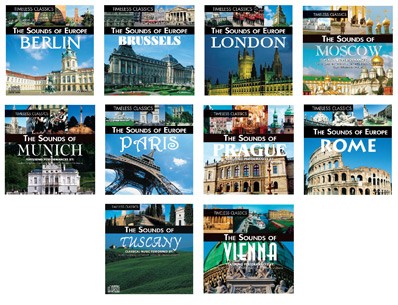 The Sounds of Berlin Berlin, nicknamed The Grey City, is the capitol and largest city in Germany. As a major cultural center and the home of many symphony orchestras, opera companies, museums and repertory theaters, Berlin is one of the principal centers of symphonic compositions since 1740. Timeless Classics from Berlin features the immortal compositions of Bach, Beethoven, Brahms, Humperdinck, Pachelbel and Handel that you will want to visit again and again.The Sounds of BrusselsI n the cosmopolitan city of Brussels, capitol of Belgium, the picturesque streets, impressive structures, beautiful parks, and its music exhibit an essence that is a confluence of French and Flemish culture which comes alive in the excellent recording. Timeless Classics from Brussels features works by these famous composers: Berlioz, Bizet, Faure, Franck, Gossec, Mauret, Ravel, Saient-Saens, Satie, and Chopin.The Sounds of London London has had a recognized influence on the development of classical music and it the home of three of the most respected and prestigious orchestras in the world, The London Symphony, The London Philharmonic Orchestra and the Royal Philharmonic Orchestra. timeless Classics from London features the wonderful works by Clark, Elgar, Holst, Purcell and Handel.The Sounds of Moscow Moscow, known as The Third Rome, is the capitol city of Russia and is the political, scientific, historical, architectural and business focal point of the nation. Along with St Petersburg, Moscow has been a major center of musical activity for several hundred years. Timeless Classics from Moscow features the great compositions of: Borodin, Liadov, Prokoofiev, Rachmaninoff, Rimsky-Karsakov and Tchaikovsky.The Sounds of Paris Many celebrated French composers, as well as many other great composers, have resided in or lived for a time in Paris, the capitol city of France. This beautifully composed collection will open your eyes and ears to the City of Love and Light. Timeless Classics from Paris features works from these fine composers: Bizet, Debussy, Faure , Massenet, Offenbach, Ravel, and Saint-Saens.The Sounds of Prague Prague, the capitol city of the Czech Republic Prague, has a long history of musical education. It has been the origin and destination of excellent performers and fine composers for centuries. Timeless Classics From Prague features works by these famous composers: Bruckner, Beethoven, Chopin, Dvorak, Liszt, Mozart, Gluck and Wagner.The Sounds of Rome Ancient architecture and quaint outdoor cafes are the delightful images conjured by this collection of classical music from the great Italian master composers. Enjoy this much-loved music with a glass of fine red wine as you entertain friends and family with a traditional Italian feast.The Sounds of Tuscany Drench your home with the delightful sounds of spectacular Tuscany. From the stunning wishful colors of the sloping hill to the tantalizing aroma of Italian cooking, this wonderful music will bring a delicious touch of Old World authenticity to your next gathering.The Sounds of Vienna Vienna, Austria’s capitol and largest city is a melting pot of Germanic, Italian, Slavic, and Hungarian culture. Its musical history is so significant and splendid that Civilization’s musical heritage.

Order by:
Per page: 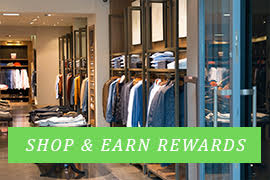 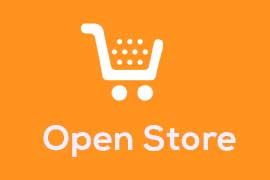