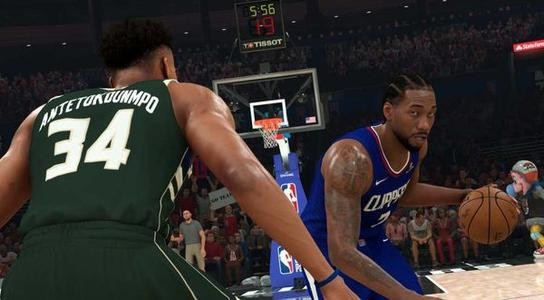 The NBA 2K22 MT team has revealed MyTeam Season 7: Full Throttle, a brand new year that will make it possible for you to move your way up to Level 40 whilst completing fresh challenges and earning all kinds of new rewards. Season 7: Full Throttle will be the quickest MyTeam year up to now, being just four weeks. But that just means it will be much more intense, obviously.

Starting off strong, Season 7 will see 150,000 XP being released on Day 1, that ought to get you well on your way to reaching that Level 40 target. More XP will of course also be released throughout the year, frees you towards getting the Season 7 Level 40 reward, Black Issue Vince Carter.

Other things you may look forward for this season is the return of Spotlight Sim, as well as new rewards such as the last basketball cards in the Fire Basketball collection, the brand-new Holographic Basketball, and Lifetime Agendas that you will receive upon successful completion of a number of the new upcoming challenges.

In the end, Visual Concepts has announced a new base set - Current Series 3 - that will be launching next to Season 7. Included in the set are first-ever Galaxy Opal base cards of Stephen Curry and LeBron James.

With NBA 2K22 MyTeam, two brand new cards are now available for gamers to provide a boost to their rosters. What's best about these, is both can be found for free thanks to active Locker Codes. Among the cards features contemporary record-breaker, Russell Westbrook, using a card that is upgradable. Another is already very updated, as it's of the Galaxy Opal variety. Hall of Famer James Donaldson is also available for your own roster. Here are additional details on the two cards and the best way to include them.

With Season 7 now underway, players can grab a solid Galaxy Opal card for Buy NBA 2K22 MT CoinsMyTeam. The electricity forward/center gets a 97 Overall score with this GO card. Surprisingly, his sole feature in the 90s is a 95 Rebounding. There is also his 36 Hall of Fame Badges, such as top choices like Showtime, Giant Slayer, Rim Protector, Pogo Stick, and Defensive Leader.