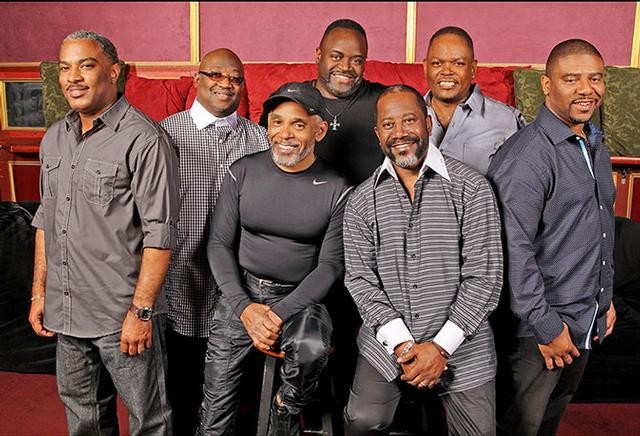 Maze featuring Frankie Beverly has established a trust fund with music lovers worldwide. Fans know when they attend a Maze concert that they will be treated to an evening of honest, raw soul music. And that’s how it has been for more than 40 years, nothing has changed. The band has stayed in its lane, continuing to do its thing, bringing quality music from the heart night after night. It is the band members’ honesty and brilliant artistry that has allowed them to continue to headline at the finest concert venues across the globe. There are no gimmicks or stage tricks in their shows, just Beverly with his smooth, soulful vocals supported by the tight Maze band.

“They know what they are going to get with us, “says Beverly about his audiences. “They trust us as musicians. You’ve got to be a good live act. You’ve got to know how to entertain. It goes beyond having hit records. You have to know how to present the music on stage.” Beverly notes, “Our honesty comes through. We don’t compromise on being honest with our music and being honest with our approach to our music. We are honest with our fans because they are more than that to us. They are our family. They believe in us night after night year after year. And you can’t ever lose with your family’s support and love. And we recognize that and love them for loving us.”

A native of Philadelphia, Beverly grew up singing in church and as a teenager formed a group called The Butlers. He later changed the name to Raw Soul, and they moved to the San Francisco Bay area in 1971. The band’s star began to rise in the mid '70s when Marvin Gaye saw their show live and was very impressed. Gaye took the band on the road as his opening act and urged them to change their name from Raw Soul. Original member Roame came up with the name Maze and the rest, as they say, is musical history. Maze featuring Frankie Beverly signed with Capitol Records in 1976 and released their debut album "Maze featuring Frankie Beverly", the first of ten gold selling albums from 1977 to 1993.

And so many enduring songs including "Happy Feelin's", "Golden Time Of Day", "Feel That You're Feelin'", "Joy and Pain", "Southern Girl", "Before I Let Go", "We Are One", "Back In Stride", "Too Many Games", "Can’t Get Over You",  "Silky Soul" and "The Morning After." Beverly reveals that he loves singing all of his songs in concert and particularly enjoys performing "We Are One" which has a special place in his heart. He says, "The song jumps out at me every night. People react the same way. They recognize the song’s truth. I see them look at each other and say, ‘Wow, we are one, you are right.’ I just love what that song does to people, how it unites us all. That song moves me and turns into a spiritual thing.”