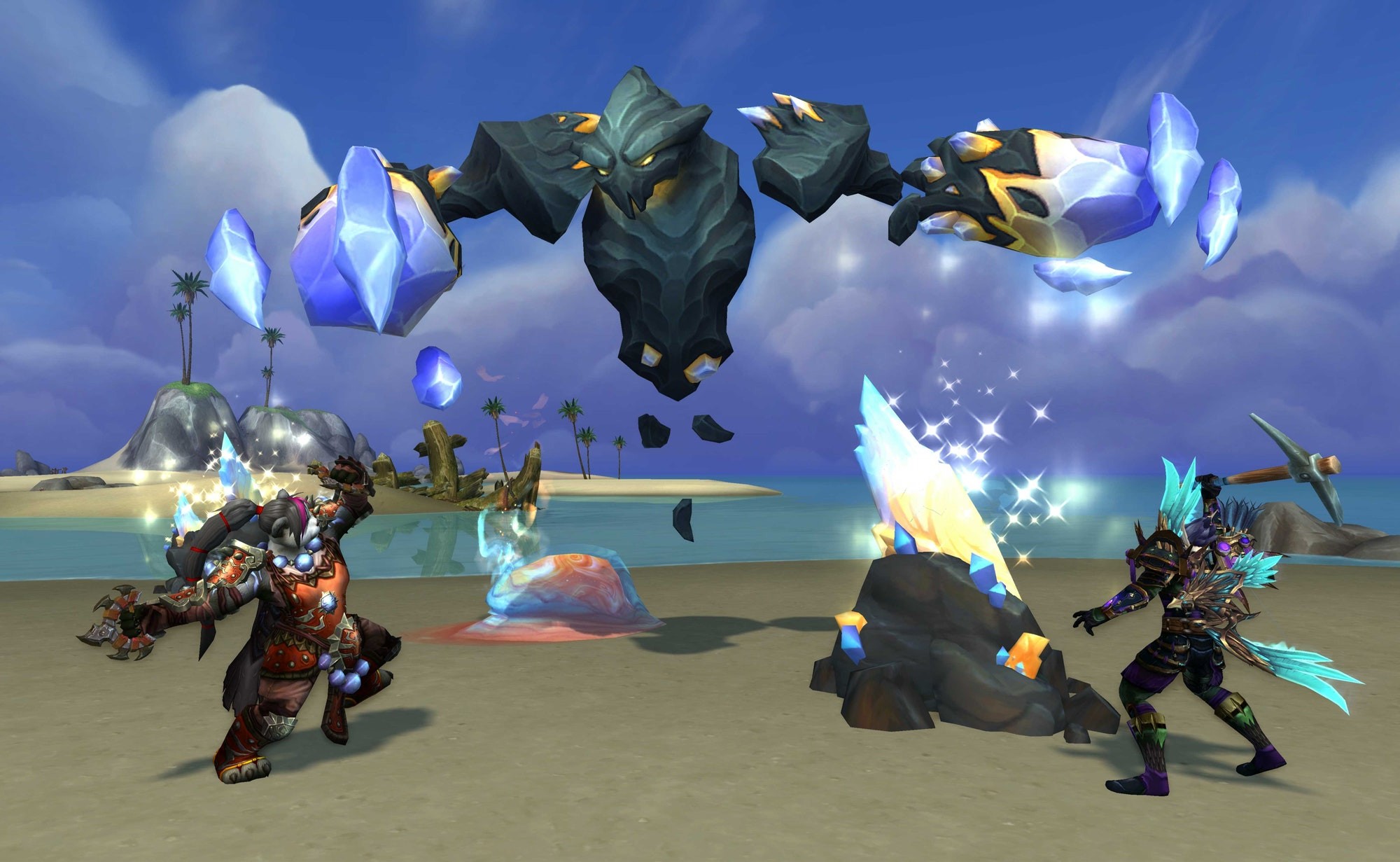 On July 28th, WoW Classic added Ahn'Qiraj (also known as AQ40), among the most legendary raids in vanilla World of Warcraft. Back in the day it was notorious: Only gaining entry to it takes weeks of an entire server grinding resources out in preparation, then hours longer grinding to finish the Scepter of Ahn'Qiraj questline. Then there is a 10-hour war in Silithus, and finally, after all that, guilds can breach the entrance of AQ. In 2006, it was months before players eventually completed the raid. In WoW Classic, it moved a lot faster.

The setup for Ahn'Qiraj remains thrilling. The sand-covered destroys you enter through fast reveal themselves as a veil concealing the true horrors below. Fleshy corridors form a sprawling labyrinth, rooms brimming with historical bugs and worms. After fighting your way to the finish you confront the prisoner at the core of the raid, an old god sealed in the ground, on the brink of breaking free. It's a shame that, by today's standards, he is a joke.

The C'Thun players fight now in WoW Classic isn't the tentacled monster of legend that he once was. However, was he, really? Based on the abilities WoW Classic players have accrued over the previous 15 years, I believe we could take this giant eyeball the way that he was once intended to be fought. I think we can kill pre-nerf C'Thun, and Blizzard should patch him WoW Classic to give us that opportunity.

The narrative of C'Thun is a story of pity. Participants drove themselves against the boss for months to no avail. He took a large amount of damage to shoot down until he enraged and immediately murdered everyone, and the struggle demanded pinpoint positioning out of all of the raiders buy wow classic gold. The battle famously had a bug too, which induced ranged tentacles to spawn behind walls directly under gamers, almost guaranteeing full bash wipes. After 80 days with no single clear Blizzard eventually nerfed C'Thun into the ground, and he was easily defeated the same moment.