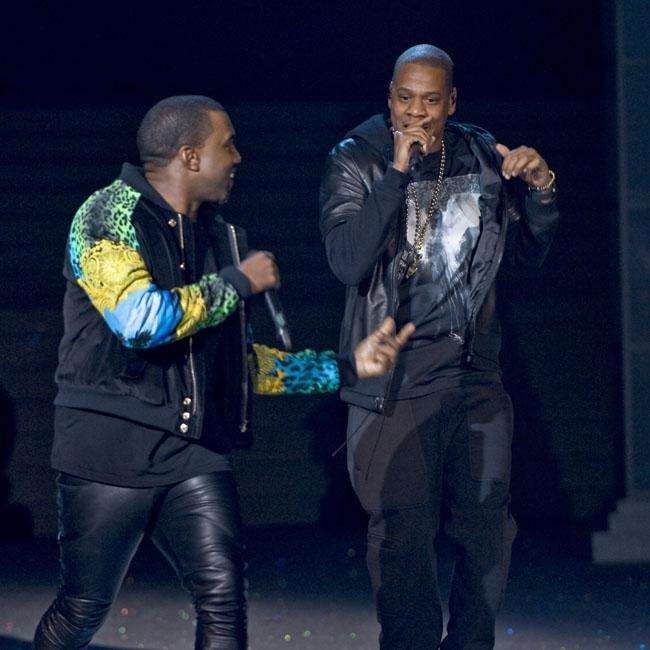 According to X17Online.com, the pair were spotted at Jay Z and Beyonce's Holmby Hills home just months after Kayne blasted his former friend and collaborator for not supporting him after Kim was robbed at gunpoint in Paris.

In an onstage rant at one of his 'Saint Pablo' concerts, Kanye slammed the 46-year-old producer - who has daughter Blue Ivy, five, with Beyonce - for not visiting after Kim's ordeal in October, and claimed his own children, North, three, and Saint, 13 months, have never met Jay's little girl.

He fumed: "Don't call me, after the robbery, and say, 'How you feelin?' You wanna know how I'm feelin? Come by the house.

"Bring the kids by the house like we're brothers. Let's sit down.

"I can't take this s--- bro. Our kids have never even played together."

And Kanye, 39, also insisted there won't be a follow-up to their 2011 album 'Watch the Throne', because of conflicts between Apple - which has a close relationship with Drake - and Jay's own streaming service Tidal.

Launching into Drake's song 'Pop Style', on which he originally had a verse, he told the audience at his gig: "Let me tell y'all something. There will never be a 'Watch The Throne 2'. That's the reason I wasn't on this song.

"I wasn't on the song cause of Hov. 'Cause of some Tidal/Apple bulls---. And that s--- be getting me tight every time I perform this motherf-----.

"I start freestylin' to it. Jay thought of a couple lines, I said, 'Man, just go ahead and throw that on there, [Drake] would be so surprised he probably wouldn't expect you to be on there. And we sent it back to him. And he was like, 'Oh s---, the Throne is on this s---.' Then Jay thought about it, and out of respect for Meek Mill he didn't want to be on the track. And I said, 'Look, I'll call Drake, I'll call Meek, I'll call y'all, we gotta squash this s---, we gotta let people have this song.' But then it went into some political s---, some s--- about percentages on songs."