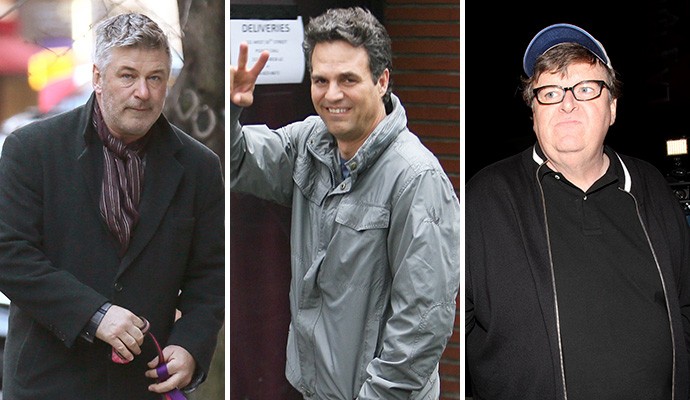 Alec Baldwin, Mark Ruffalo, and Michael Moore are just some of the famous faces that will be protesting outside Trump Tower on the night before Inauguration Day, the famous filmmaker tweeted. "Mark Ruffalo, Alec Baldwin & myself will be holding a massive rally in NYC in front of Trump International Hotel this Thursday, 6 pm! Come!”

Moore wrote to his social media followers. The 30 Rock actor has been skewering the incoming POTUS on Saturday Night Live! lately, but he has no plans on stopping or making Trump's life any easier.

"If Trump believes that criticism of, opposition to, distaste for his election will eventually subside, he is mistaken. It’s just starting," he wrote on Twitter earlier this week. Ruffalo couldn't agree more! "We are sending a message to Washington that we will fight, at every step, discrimination and harmful policies, today, tomorrow and every day,

" he told NBC News Sunday, adding that, "we are coming together to stand up for one another, as we will do every day, to protect the values we hold dear." It's certainly been a rocky road to the White House!