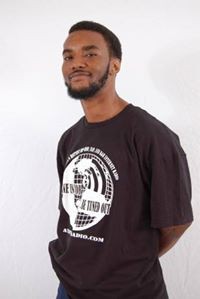 www.NWORCS.com www.NworcsRadio.com www.ATLWEBRADIO.com www.ATLINTERNETRADIO.com www.JumpinJackDJs.com Jamal Whited Sr. began promoting urban music in 1989, while still in high school, doing delivery service for his father’s record pool, (The Jumpin Jack DJ Record Pool). He distributed music throughout metro Atlanta , Ga. and handled two nightclubs for over two and a half years, Sharon’s Showcase and Club Excess. Following his success he began working street and radio promotions throughout the state of Georgia along with his father the “Jumpin Jack”, Wali Whited. In 1996, he began working in the field of telecommunications and became a voice and data network and structured cabling installer. Jamal worked hard in the field for 10 years, and became an accomplished State of Georgia Licensed Low Voltage Telecommunications Contractor. 2001 Jamal opened www.Nworcs.com , which was his vision of new world communications bundled for efficiency to accommodate a rapidly growing appetite for telecommunications solutions. www.NworcsRadio.com became Atlanta’s newest voice in Internet Radio Broadcast with live streaming Hip-Hop, R&B, Rap, and Jazz music and began a forum for breaking new independent recording artist to the mainstream for maximum exposure via the World Wide Web. In 2005, Jamal began the development of Black Americans Youth Organization United Foundation, (B.A.Y.O.U.F), a 501C3 non profit charity suited to uplift men and women worldwide. Enriching them with knowledge of the Creator and spiritually enlightening them with information to regain consciousness in a volatile and uncertain society. June 2006, in order to fundraise for the foundation, Jamal created Computer Technology 101 a text based manual which explains the specifics, in laymen's terms, of how to build, diagnose, and repair a Personal Computer. Along with a hands on course, Computer Technology 101, simplifies the most common personal computer ailments and fears. NworcsRadio.com now serves as a pioneer in Internet Radio Broadcasting and has been delighting listeners worldwide for over 8 years. The NworcsRadio.com website is an excellent tool for new and independent artist to gain international exposure, airplay, fan base development, digital media royalty development, and sales. Mr. Whited hosts several live shows which are not only broadcasted via the NworcsRadio.com radio server but are now viewable via www.SyncLive.com with live video/audio. Jamal Whited Sr. has initiated a movement to better communications creating a solid living and working environment for our future. Visit www.Nworcs.com and www.NworcsRadio.com and join the revolution

Connect With Me
My Connections

View All
Other members in this Location